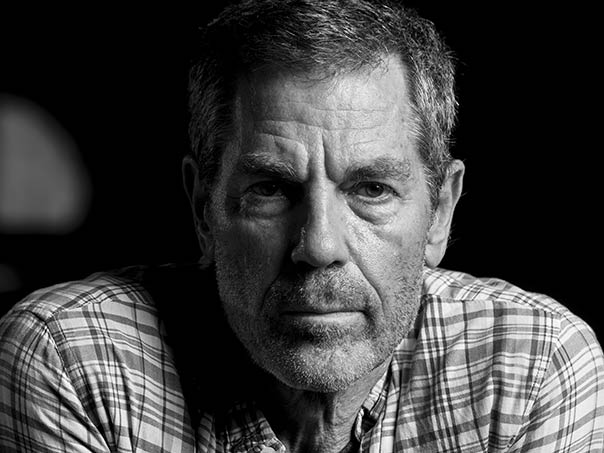 Ohad Naharin is a choreographer, the House Choreographer of Batsheva Dance Company, and creator of the Gaga movement language. Naharin was born in 1952 in Mizra, Israel. His mother is a choreographer, dance teacher, and Feldenkrais instructor, and his father was an actor and psychologist. He joined Batsheva Dance Company in 1974 despite having little formal training. During his first year, guest choreographer Martha Graham invited him to join her own company in New York. Between 1975 and 1976, Naharin studied at the School of American Ballet, The Juilliard School, and with Maggie Black and David Howard. He then joined Maurice Béjart’s Ballet du XXe Siecle in Brussels for one season.

Naharin returned to New York in 1979 and made his choreographic debut at the Kazuko Hirabayshi studio the following year. From 1980 until 1990, Naharin presented works in New York and abroad, including pieces for Batsheva Dance Company, the Kibbutz Contemporary Dance Company, and Nederlands Dans Theater. At the same time, he worked with his first wife, Mari Kajiwara, and a group of dancers in New York. Naharin and Kajiwara continued to work together until she died from cancer in 2001.

In 1990, Naharin was appointed Artistic Director of Batsheva Dance Company, and in the same year, he established the company’s junior division, Batsheva – the Young Ensemble. He has since created over thirty works for both companies. In addition to his stagework, Naharin also developed GAGA, an innovative movement language based on research into heightening sensation and imagination, becoming aware of form, finding new movement habits, and going beyond familiar limits. GAGA is the daily training of Batsheva’s dancers and has spread globally among both dancers and non-dancers.

Naharin’s work has also been featured in several films. In his 2007 documentary, “Out of Focus”, Director Tomer Heymann filmed the process of restaging “Decadance” with Cedar Lake Contemporary Ballet. And in 2015, the Heymann Brothers released their comprehensive documentary about Naharin, Mr. Gaga, to critical and audience acclaim. A citizen of both Israel and the United States, Naharin currently lives in Israel with his wife, dancer and costume designer Eri Nakamura, and their daughter, Noga.