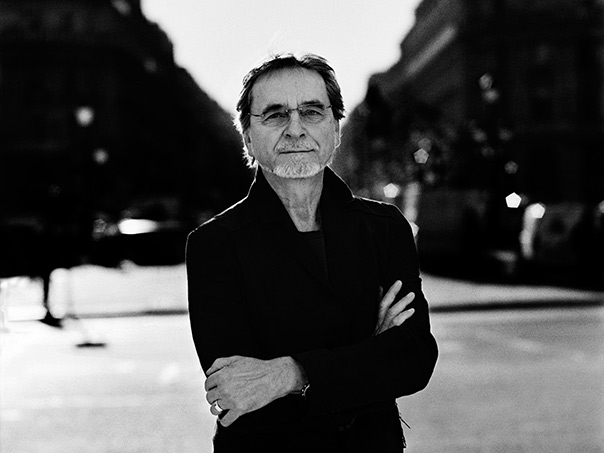 Born in Czechoslovakia in 1947, Jiří Kylián began at the ballet school of the Prague National Theater at the age of nine and moved to the local conservatory in 1962 as a student. 1967 was followed by a scholarship from the Royal Ballet School in London, where he was hired by John Cranko to the Stuttgart Ballet. This is where Kylián's career as a choreographer began with "Paradox" for Noverre Gesellschaft. After several works for the Nederlands Dans Theater, Jiří Kylián became artistic director of this company in 1975. Three years later he gained international attention with the NDT through his work “Sinfonietta”. In 1978 he founded with Carel Birnie the Nederlands Dans Theater 2, which was conceived as a young talents for young talents. It was completed in 1991 with the founding of the Nederlands Dans Theater 3 for older dancers over 40. After his exceptional creative output Kylián resigned in 1999 as Artistic Director of the NDT However, the dance company remained connected until 2009 as a house choreographer. Jiří Kylián has created nearly 100 works to date, many of which are shown worldwide. He created works for the Stuttgart Ballet, the Ballet of the Paris Opera, the Bavarian State Ballet Munich, the Ballet Tokyo and the Swedish Television. Kylián collaborated with a variety of international artists, with composers such as Arne Nordheim for Ariadne in 1997 and Toru Takemitsu for Dream Time in 1983, and with designers including. Walter Nobbe for "Sinfonietta" 1975, John Macfarlane for "Forgotten Land" 1980, Atsushi Kitagawara "One of a Kind" 1998, Susumu Shingu for "Toss of a Dice" 2005 and Yoshiki Hishinuma for "Migratory Birds" 2009. In the last For ten years he co-directed Boris Paval Conen for dance films such as "Car Men" (2006) and "Between Entrance and Exit" (2013), the latter nominated for the Golden Kalf Award of the Dutch Film Festival Utrecht. He created the dance / film production, "East Shadow," dedicated to the victims of the 2011 tsunami. Together with the film director Jan Malíř, he realized the films “Schwarzfahrer” in 2014 and “Scalamare” in 2017. During his career, Jiří Kylián received numerous international awards: among others the Order of Orange Nassau of the Netherlands, an honorary Doctor of the Juilliard School New York, the Nijinsky Award (best choreographer, best company and best work), the Prix Benois de la Danse, the Medal of Honor of the House of Orange and the Czech Television Prize for his documentation "Forgotten Memories." During the “Celebrating Kylián!-Festival” in 2017, he was honored with the prestigious gold penning award as honorary citizen of The Hague. In September 2017, he was awarded the Positano Premia La Danza Lemon Massine Award for his life's work. After "Sechs Tänze" the Staatstheater Nürnberg presents his second creation with his choreography "Falling Angels".